5 Life Lessons from the Great-Depression

5 Life Lessons from the Great Depression

Welcome! If you’re like me we want to learn what we can from those who went before us.

We have a way of preserving those traditions and those skills so they’re not lost and we can pass them on to our kids and future generations. I think it’s really important. 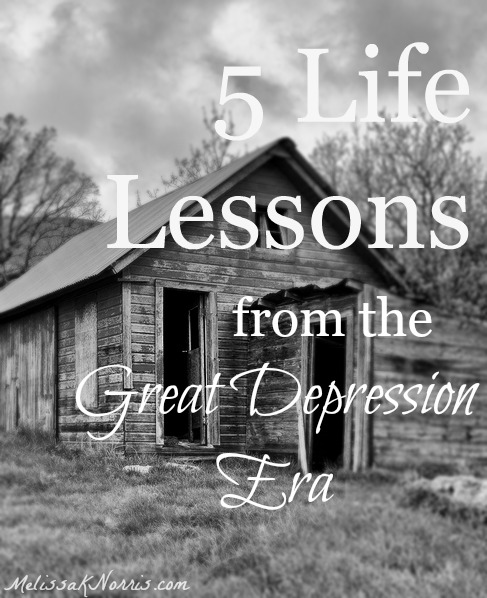 Listen to this post (just push play below) and all our episodes of the
Pioneering Today Podcast while you’re on the go, scrubbing the house, cooking up dinner (can I get an invite?), or mucking out stalls! I post new episodes Friday mornings. You can subscribe via RSS and receive every episode for free.

Today’s episode is a really interesting story of how it came to me. I’m excited to share this story with you and I’m also excited you’re gonna want to stay through until the end because I have kind of a big surprise and I cant wait to share it with you because you guys are going to be a part of it. I’m really excited with that, so that’s my little teaser, right there.

I shared on my Facebook page, its been a couple of weeks back but it was a really cool video.

Check out the video and comments here–> Mountain People

It was filmed, I think it looked to be about from the 1970s.  It was a documentation of the elderly people in the Apalachians. I’m assuming in the Tennesee, North Carolina area, that area of the United States.

It was just documenting their way of life. Keep in mind this was filmed in the 1970s and they were saying, you know, how fast paced the world is and how different it is but how much did they cherish it. They were showing what they did then. We have came forward so many years, I mean, we’re so much fast paced than they were.

1. Raise Your Own Food

It was really an interesting clip, a glimpse of looking back, and it was, there was so much interaction on the Facebook page with people talking about it, and how neat it was and how cool it was to see it. I thought it was really interesting to see some of the things that they said. And it really resonated with me and with the rest of my Facebook people. So one of the tips they had, and that they said is they raised practically everything that they ate, they raised themselves. One of the ladies that they interviewed in this video, in this Youtube clip. She was in her 70s, and she was still doing all of the farm chores, all of the raising, and the canning, and the cooking. She was still doing it in her 70s, you guys, by herself.

She was running her farm, she running her homestead…which is amazing! She was talking and sharing her insights like, so cool.

But one of the things, I noticed that a lot of them kept repeating or with the same sentiment but is just said in different words is how much that they enjoyed their relationships. I mean, the work is hard. Because it is when you are raising your own food, I think, a lot of times we tend to romanticize the home-setting way of life, for the pioneering way of life.

Even of what they went through during the Great Depression, sometimes you look at how they learned how to be so frugal, and they did. It was out of necessity. It was out of “had to”. But what I find interesting, I don’t want to romanticize that, like it’s super easy and it’s all this feels of butterflies and you know, that kid of thing. It is hard work.

On the other hand, like I said my dad was raised during the Great Depression, and he wouldn’t trade that. He was raised on a home where they didn’t have running water, and they didn’t have indoor plumbing. They didn’t have electricity until he was a teenager and actually moved out of what we call the homestead. They moved across the creek. This sounds so funny, they actually cross the creek to get to the old home place, which is still there. But you drive across the creek, and then, they moved in to a neighborhood over on the road which is where I still live on the same road that my dad moved to as a teenager.

3. Hard Work Has its Blessings

I was born and raised and I have never lived off of the road that I lived on. So, anyways, I have really deep root here. But, the people that have went through that, my dad’s 78,  what I noticed a lot in what they say of those that went through the Great Depression or that went to really hard times or have been truly self-sufficient as in they didn’t have money either by circumstances or they didn’t buy their food from the store by choice because they raised it all themselves — is they don’t talk about it as a bad thing. There’s no denying that, there’s no sugarcoating that but they talk about it. They wouldn’t trade that time, they wouldn’t trade it that circumstances, and they wouldn’t trade that work and the value that they get, the satisfaction that they get of putting the work in and growing it themselves.

They wouldn’t trade that. And I find that very, very interesting. And I think it’s pretty amazing!

The other thing that I was talking about was the relationships. How they had the elderly generation in this video, mainly they were probably in there 70s and 60s. Most of the folks they were interviewing this time and they were also interviewing their grand kids. Kids are probably about 6 or 7 and, in their teenage years and they were talking to them and getting their perspective on their grandparents. And the grandparents were talking.

What I really loved to hear, it was talking about is relationships – the relationships between people.  The homesteading way of life and self-sufficiency, when you do it together as a family, it creates a bond.

This weekend we went out as a family we don’t have sugar maple syrup where we lived Pacific North West, but we have regular maple trees. And, so at the time of this recording of this Podcast, it is in February. so we are doing, the very first year that we were able to tap trees. We have tapped our Maple trees to try and get some syrup. So, I’m really excited, I love to learn and try on new things and doing self-sufficiency things and we went out as a family to tap the trees.

We were all out on the woods and my kids were climbing up in the different maple trees and handing us things as were drilling and tapping, and we have the hoses, and jugs and all of that stuff. We set 6 taps to the  trees, but we did it as a family and it was a great excursion.

We were talking about why this tree; why you tapped this kind of tree, and why we’re doing it this time of the year, and what sap is and how you get it out, and how you turn it to syrup. It was like a whole like mini-home schooling lesson.

We were out there working and doing this stuff together as a family. You do not get that when you purchase it off at a grocery store shelf. So, I know when you’re listening to this and if you view those videos, and you’re like me and you want to bring more of that to your family and about the relationships and that’s really where what boils down to it, is what they were talking about is the relationships and passing this skills down to the younger generation and it just resonate with me. I’m like, oh my goodness, “Yes, this is it!” 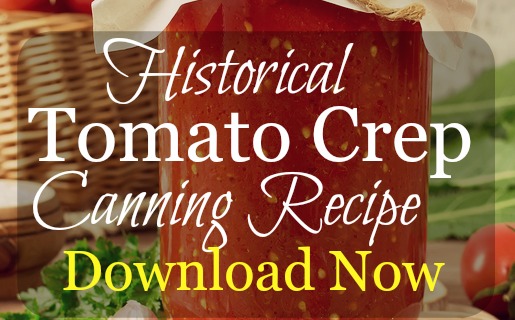 I wanted to share with you a couple more things. In this first video that I’m talking about, the mountain people video. There was a clip and there was an older gal, (so, cool guys!). She was going to her root seller, and the shelves just lined with home canned goods, which, you all know, I love mason jars and canning.

She had cans on the top of the shelf and she was naming it this is the preserves, usually your fruit, you know, jams and jellies and spreads, they’re called preserves. She showed the canned beets, home canned green beans and home canned sauerkraut. She’s mentioning all of this things by name and keep in mind she has a Southern accent, but you can read the caption on most of the things that they were saying, and she points to a couple of jars, and this like a great debate had exploded on the post…so much fun!

Click here for Life Lesson #5 and to find out about this historical Tomato Crep Canning Recipe and how we found it again! 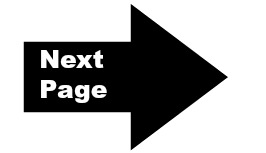