10 Unique Heirloom Vegetables To Grow In Your Home Garden

Heirloom vegetables are a special breed, quite literally. Cultivated from seeds passed down through generations, sometimes over hundreds or even thousands of years, they’ve evolved into the most naturally delicious, nutritious, beautiful and uniquely adapted vegetable varieties on the planet. Here’s just a sampling of the huge diversity of heirloom vegetables that you can grow in your own home garden.

If you’ve ever bitten into a sweet, juicy heirloom tomato fresh off the vine, or savoured the crunch and flavour of heirloom green beans at the height of summer, then you probably already know that heirloom vegetables are something special.

On average, heirloom vegetables are more nutritious, more flavourful and perform better in the organic garden than any other type of plants. There’s also a huge selection of unique and interesting varieties out there to try. They add diversity, colour and beauty to your garden and your dinner table. So why not try growing a few this year?

If you’re wondering “what are heirloom vegetables” or you’re not sure what the difference is between heirloom, hybrid and open-pollinated seeds, let me give you a quick breakdown… 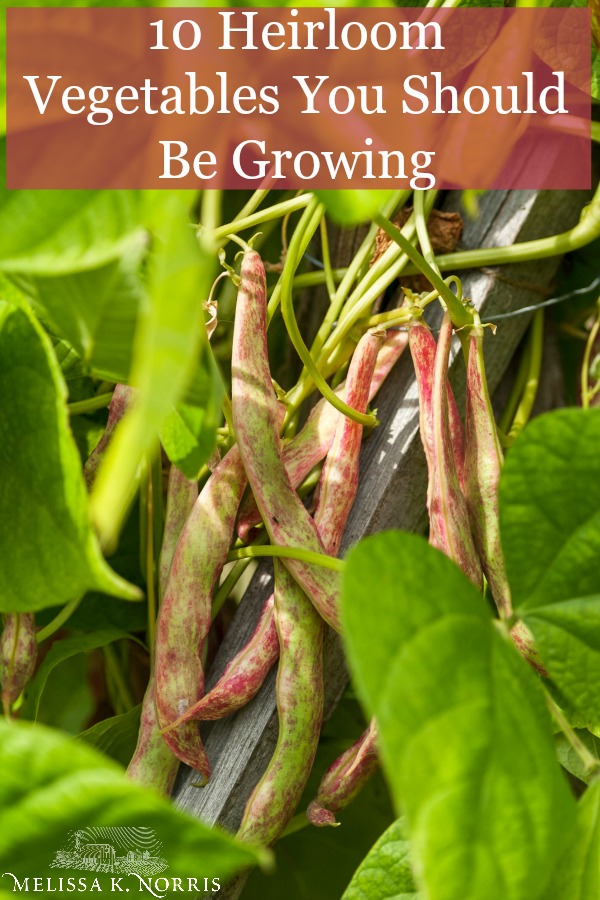 Listen in below to the full podcast, Episode #171 10 Unique Heirloom Vegetables to Grow in Your Home Garden and on the Homestead , of the Pioneering Today Podcast, where we don’t just inspire you, but give you the clear steps to create the homegrown garden, pantry, kitchen and life you want for your family and homestead.

Open-pollinated vegetables are plants that are pollinated in the garden or field naturally. Some varieties are self-pollinating and others rely on cross-pollination. While you should try to keep cross-pollinating plants away from similar varieties if you want to save seed that is true to the parent plant (because similar plants may cross-breed and produce an entirely different type of plant), self-pollinating varieties (like tomatoes, beans and peas) are easy to seed-save year after year.

Hybrid vegetables have are vegetables (and fruits) that have been deliberately cross-pollinated to produce a new variety of plant. Seeds from hybrids cannot be saved because the offspring will not be the same plant as the parent. For this reason, hybrid seeds need to be purchased year after year.

Heirloom vegetables are open-pollinated plants, but what sets them apart is that they are old varieties that have been carefully preserved and passed down through generations (hence the term “heirloom”). While open-pollinated plants in general are continuously evolving and developing through natural (open) pollination, heirloom vegetables must be at least 50 years old to be considered an heirloom, and some are even thousands of years old!

Regardless of how old they are, all heirloom seeds have been carefully hand-selected, saved and handed down over decades, and because of this they are also specially adapted to their environments and have unique natural qualities not often found in other types of fruits and vegetables. This makes them more pest and disease-resistant, more flavourful and nutrient-dense and more interesting and stunning to look at!

So this year, add some of that diversity to your garden and reap the many rewards of growing your own heirloom vegetables at home! 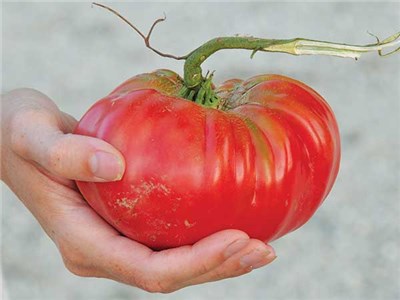 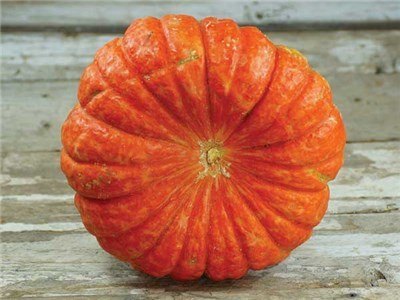 There’s a reason this heirloom pumpkin variety has been nicknamed “Cinderella’s Carriage.” This French heirloom pumpkin dates back to the 1880s when they were said to be popular market pumpkins at Paris’ Central Market. 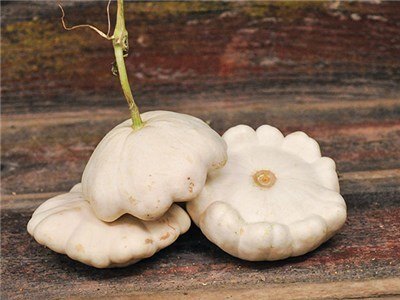 Personally any heirloom vegetable that makes me think of strolling through a Parisian farmer’s market is enough to make me swoon! But if that’s not enough, these pumpkins are a big (up to 20 lbs.) and beautiful addition any garden, and make for stunning fall decor in your home with their vibrant red-orange skin and deep ridges. They also make a delicious eating pumpkin (especially in soups) and store well all winter long, even at room temperature. (I know because I left one on my counter all the way into early spring last year!)

This summer squash is an ancient heirloom vegetable that originated in North America centuries ago and was grown by Native Americans for hundreds of years before they were introduced to European explorers and settlers as far back as the 16th century.

A unique, white, flower-shaped, pattypan-style summer squash that is excellent sliced up and grilled, fried or baked. This is a nice addition or alternative to your zucchini patch! 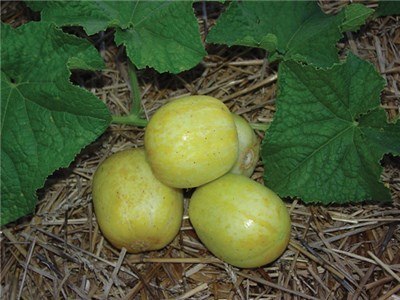 These small, round, yellow cucumbers are tangy and citrusy, just like lemons! But they are 100% cucumber. Introduced to America in 1894, records of lemon cucumbers have been found in the middle east dating back to the 16th century. 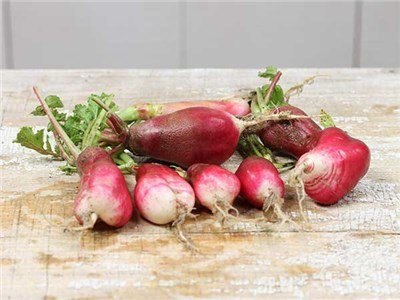 These cucumbers are a favourite of home gardeners thanks to their resistance to both drought and fungus. It is a high-yielding plant that will keep producing right up until the first frost. Excellent sliced and eaten on salads or as part of a veggie platter!

French breakfast radishes are thought to be called so because they were often eaten as a mid-morning snack during the height of their popularity during the late 1800s. French market vendors were said to have enjoyed these radishes with a little butter and salt in the morning while they sold their produce and other goods to market-goers. Swoon! Doesn’t that sound romantic? 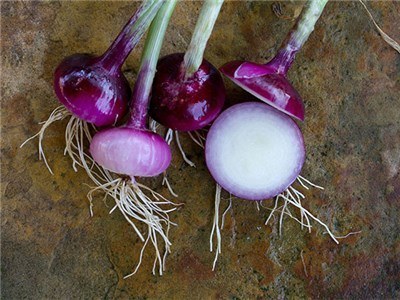 These radishes are typically cylindrical in shape with a red top fading to white at the bottom. They pack the typical spicy kick that radishes do and are an excellent addition to salads, tacos, baguette sandwiches or enjoyed the traditional way: with a little butter and salt in the morning:) The greens also make for a tasty addition to salads, soups and stir fries.

These deep red (or purple) onions are flatter than other more well-known red varieties and are good producers and a tasty addition to your dinner table (and your cold storage) come harvest.

These onions originated in Wethersfield, Connecticut in the 1700s and are one of the most famous onions in American history. According to the New England Historical Society, “It used to be in Wethersfield that you could pay for just about anything with the famous flat, red onions.” 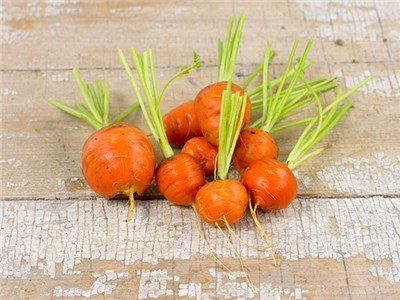 While Wethersfield Red Onions saw a decline in production during the civil war period, local seed savers kept them alive and well by preserving the seeds, so you can still grow this prized slice of Americana in your own home garden to this day.

These small, round carrots are very easy to grow and make a great candidate for container gardening due to their short, round shape, and do well even in heavy soils with lots of clay. They are sweet in flavour and are excellent roasted whole or sliced raw and added to salads.

This 19th century French heirloom is making a comeback in North America, especially with gourmet chefs and market gardeners looking for something with a little more old-world charm ad beauty to add to their menus. But you don’t need to be a chef or a market gardener to grow these at home. All you need is a little soil and some seeds!

Like most heirloom vegetables, there are so many unique and beautiful varieties of heirloom corn that it was really hard to choose just one to showcase here, but I just couldn’t leave this one off the list.

Glass Gem Corn is truly too awe-inspiring to leave off this list. It was cultivated by a Oklahoma farmer named Carl “White Eagle” Barnes who began growing older heirloom varieties of corn as a way of connecting with his Cherokee roots. He was even able to revive ancient varieties that had all but disappeared when Native Americans were forced off their traditional land in the 1800s.

He developed Glass Gem Corn by carefully selecting and saving seeds from a number of varieties of colourful native corn until it evolved into this stunningly beautiful, glass bead-like rainbow-colored corn. So in some ways it’s a newer heirloom variety (Barnes died in 2012), but bred out of selecting seeds from some ancient varieties of heirloom corn. 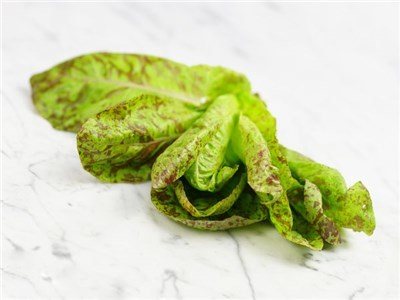 As for the modern homesteader, Glass Gem Corn is a strikingly beautiful addition to the field or home garden, can be made into delicious popcorn (according to many self-proclaimed aficionados) and makes for eye-catching decor when dried and added to a cornucopia.

Say that one 10x fast. This tongue-twister is an heirloom variety of Romaine from Austria. The leaves are lime green speckled with deep red/burgundy and it’s name supposedly means “speckled like a trout” in German, so it has also been nicknamed “Flashy Trout” lettuce. This heirloom lettuce definitely makes a “flashy” lettuce in your home garden or on your salad plate! 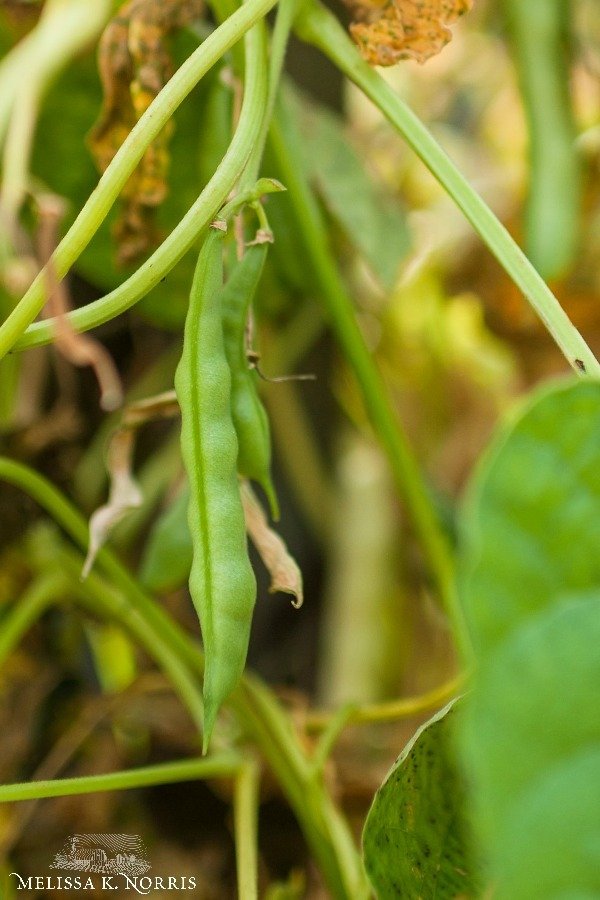 10. Tarheel Green Beans (get a free starter packet of seed when you become a member of the Pioneering Today Academy)

No list of heirloom vegetables would be complete without Melissa’s own family heirloom: Tarheel Green Beans.

Melissa’s grandparents brought their Tarheel Green Bean seeds with them when they moved from North Carolina to Washington state in 1937 and she and her family have been saving and replanting these seeds ever since. This heirloom is a variety of pole bean so it must be staked, but it’s a great plant for vertical gardening and is a high-yielding plant that is very easy to grow in most USDA garden zones.

I was lucky enough to be able to grow some of Melissa’s Tarheel Green Beans last year and I can attest to their superb flavour! They make a great candidate for canning and are unmatched in flavour when eaten fresh.

There are so many strikingly beautiful, wonderfully delicious, fantastically unique varieties of heirloom vegetables to try, which made it a difficult task to select just 10 to feature here. I highly taking some time to research heirloom varieties of whatever vegetables you might want to grow this year and I challenge you to choose at least one new variety of heirloom seed to add to your garden this year.

Do you grow any heirloom vegetables already? Which one(s) do you want to try growing this year? Let me know, down below:) 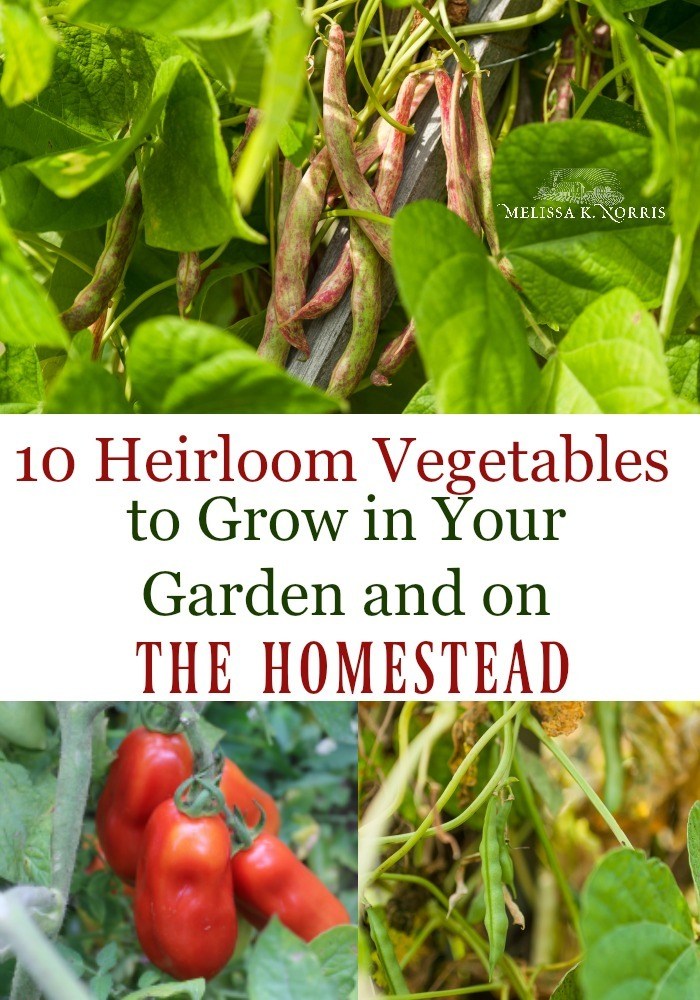 My name is Anna and I'm a modern homesteader. I began homesteading a few years ago when I still lived in a condo in the city. It changed my life! I now live on just over an acre and am following my dreams of living a simpler, more sustainable and self-sufficient life. I love to help and inspire others to do the same & prove that the simple life doesn't have to be complicated!

Crop Rotation in the Garden Based on Plant Families

No Till Gardening Benefit’s & Getting Started

How to Plan Your Homestead Year with Budget & Time Restrictions

List of Heirloom Varieties to Grow in the Garden This Year