How to Raise Ducks for Eggs - Melissa K. Norris

How to Raise Ducks for Eggs

How to Raise Ducks for Eggs

Raising ducks for eggs has many benefits. In fact, ducks may be the better answer to getting fresh eggs every single day of the year and for up to five years, compared to chickens. From a preparedness standpoint, I love learning about new livestock to bring onto the homestead. 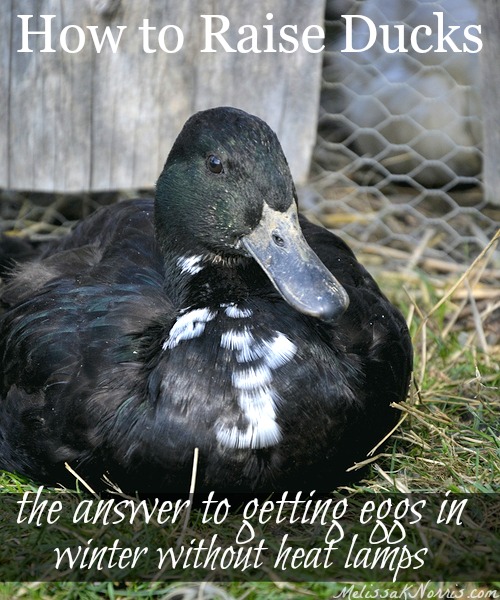 Welcome! If you’re like me, I had no idea the many benefits of ducks until Lisa and I began this podcast interview, then you’re in for a treat. Can I say the ducks may be the new pioneer animal on our homestead?

This is part 2 of our raising fresh eggs daily, catch part 1 on learning how to raise chickens like the pioneers.

Listen to this post (just push play below) and all our episodes of the
Pioneering Today Podcast while you’re on the go, scrubbing the house, cooking up dinner (can I get an invite?), or mucking out stalls! I post new episodes Friday mornings. You can subscribe via RSS and receive every episode for free.

Melissa: I’m curious, Lisa, because I have no experience with ducks.

What is the advantage with ducks over chickens or the difference as far as food production and eggs and that whole experience?

L: My chickens and duck live together, they share the run. I did have separate duck house, now they’re in the same coop but in the spring we’ll build a duck house. Personal preference I like them sleeping separately. They eat the same feed; they basically eat the same treats.

Ducks are better layers. My ducks have been laying thru the winter no light or anything and they’re much more cold hardy. Our ducks would sleep outside if they could. Right now, today, it’s freezing out and the chickens are all huddled together in the coop.

The ducks are out taking naps in the snow. They don’t mind rain, freezing rain so I find ducks are a lot hardier.  With the avian flu thing that’s going around ducks can be carriers but they don’t actually get it so anyone who lives in the areas that’s heavily hit by that the ducks might be a better option because they’ll be the evil carriers but will come out ok in the end. I find ducks really neat; they just like a kiddy pool to swim in and they’re happy.
M: I didn’t realize they were hardier or that they would lay all winter long. That’s really cool.

People say “What does a duck egg taste like?” They taste like a chicken egg but eggier. I think there’s more of a taste to the duck egg.

M: I love the aspect that you said they lay all winter long. If you truly are looking at an everyday egg source the duck may be a better option than a chicken especially if you live in a colder climate.

L: Chickens lay well for about 2-3 years. The ducks will lay for five years so they have a longer laying span also. They also lay their egg before the sun comes up. So when I go to let everyone out in the morning the ducks are already done laying.

I have not had a single duck egg freeze all winter because I get them right after they’ve layed them. With chickens they lay throughout the day and if you don’t get out there they could be frozen.

M: I’m definitely looking into ducks then. I had no idea or experience with them. 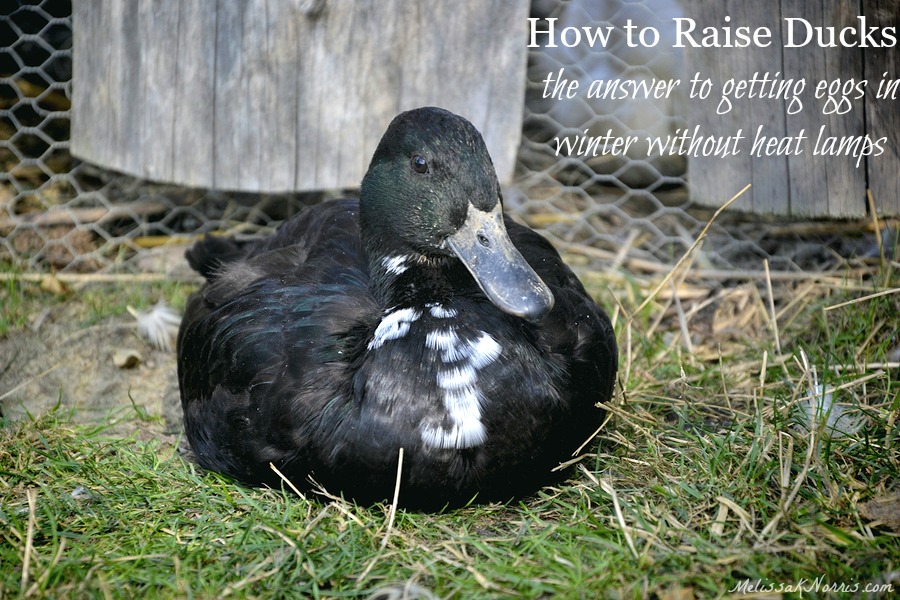 “Is it normal that my duck follows me everywhere? Are ducks social like chickens?”

L: They’re even more so. Ducks are very flock oriented. You’ll never see one duck off by itself. Where one goes they all go. They’re super easy to herd around because if you get one going in one direction they’ll all follow.

M: That makes sense. I know most animals, especially the herd and flock animals, they feel much safer in a group. I know if you have one horse or one cow they really are meant to be a herd or flock animal and they’ll do much better if you have more than one. That’s been our experience.

M: So ducks do needs some sort of body of water for them to swim in. Otherwise they won’t do as well.

Click here for page 2 of the article including if ducks fly and if duck eggs are a good substitute for those with chicken egg allergies. Plus, where to purchase ducks and when ducks eggs are a better choice!