Biggest Homestead Mistakes and How to Avoid Them

Biggest Homestead Mistakes We Made & What to Avoid

The biggest homestead mistakes we made and what to avoid on your homesteading journey… or another way of putting it, things I wish I had known to do differently. Hopefully, with my sharing these homestead tips you will not make these same mistakes so your journey goes a bit more smoothly than ours did. 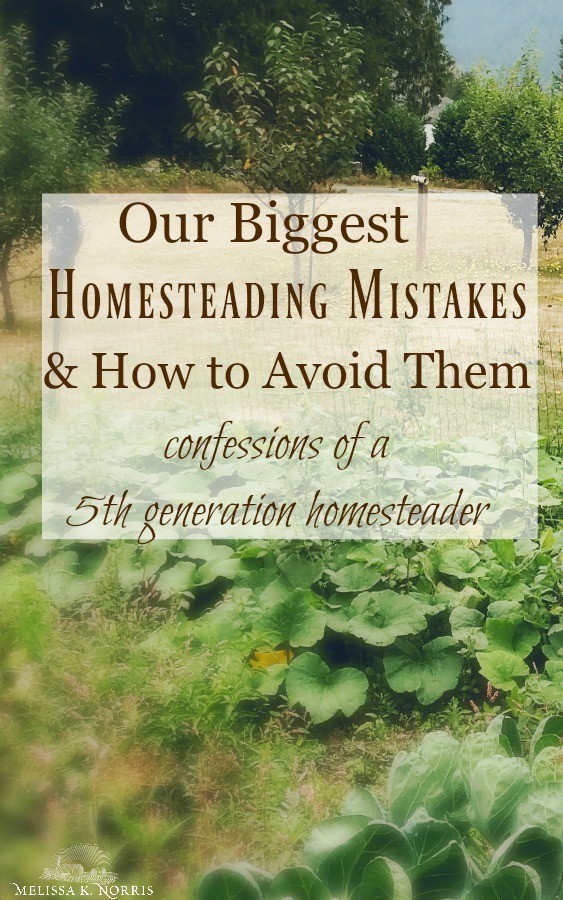 I want to welcome you to today’s episode where we are going to be talking about how we take stock of everything in order to plan out for next year.  If you are a brand new listener, yay. If you are a returning listener, I’m giving you a high five. Welcome back.

Listen below to, Biggest Homestead Mistakes & How to Avoid Them Episode #159 of the Pioneering Today Podcast, where we teach families how to grow, preserve and cook their own food using old-fashioned skill sets and wisdom to create a natural self-sufficient home, with, or without, the homestead.

Let me preface this by saying when we first moved onto our homestead, we have been here since 2006.  When we got our land, it land that had been in my family for two generations. It was my grandparents’, and then it was my uncle’s, and then we purchased our property from my uncle. Starting a homestead with nothing can have some pro’s, for us the portion of property we purchased was completely raw, meaning there was no well, no septic, and no house. There was some pasture, forest, and a whole lot of brush. It was nice because we got to pick and design every single aspect of everything. And on the other hand, it was a lot of work.

Biggest Homestead Mistakes & How to Avoid Them

You need to keep records EVEN when you are certain that you’re going to remember. Just take a record down.

*Tip: A really fast and easy way to do that, is to just take a quick picture of it with your cell phone, and then you can go back later and actually record that.

For example: I did not write down the varieties of the different fruit trees that we put in.  I’ve got a cherry tree that I have no idea what variety it is. Same thing with a plum. Once they start producing, you can look and find images of the fruit that comes close. But it’s hard to know exactly what variety I’ve got. 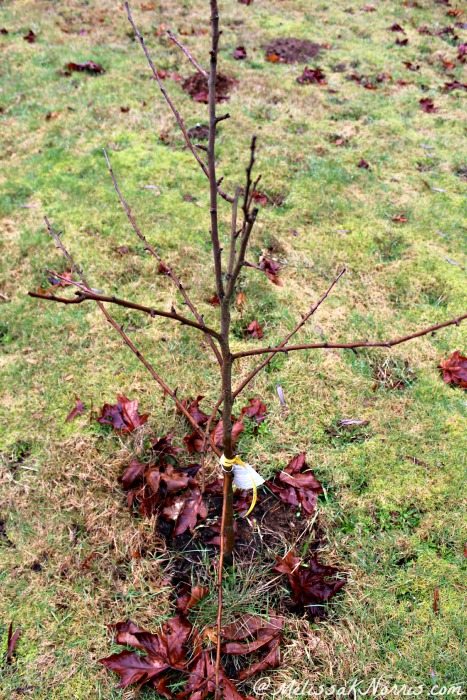 And because I don’t know what variety of cherry tree I have because I did not write it down, I thought

I tried to find a widest window pollinator cherry tree variety, meaning that it’s got a longer blossom time.  You can have two varieties of a cherry tree, and if they’re not blooming at the same time, they’re not going to cross pollinate each other. I purchased a sand cherry and put that in with the hopes that the blossom times will coordinate, and that it will help pollinate.

What to keep records of:

Why?  Because then you can do the math and you can see how much things cost.  For example, I put up 50 jars of tomato sauce this year from the tomatoes that we grew. I didn’t have any expense other than the electricity than it costs to run my grow light to start my tomatoes in the house (which is the same one we’ve had for 5 years). So you could divide the math into that initial purchase for how many years you’ve had it.

Having those records is really going to show you if you’re saving money. And if you’re not saving money, it’s going to let you look back at those expenses or things that you’re doing and see, what do I need to improve on or fix in order to save me more money to make this more cost effective?

I hate that, it bugs me. Either it’s hard earned money or it’s hard earned work if I’ve grown up myself. And I hate it when I find fresh produce or food that somehow got shoved to the back of the freezer, is so freezer burnt there’s just no way that it’s usable anymore. Or especially in the fridge where it’s moldy, and you found it so late, you’re like you don’t even know what it was to begin with.

I am now doing a running inventory of the food that we have preserved, the food that’s in the freezer, my spices, all of that. And then I am meal planning and making our meals from that food. Now, that sounds so basic, basic meal planning, right? Nothing new there. But actually doing it and having those inventory sheets to pull from, again, record keeping has been really helpful.

This is where our seasonal living comes in, and that’s using the food while it’s fresh and then preserving up the excess.  Sometimes when you’re only cooking with some foods when they’re in season, I only use those recipes seasonal, and I tend to forget about some of the recipes that we love.  There’s also of times when I’ll make a tweak to the recipe and I’m like, “Oh, this was so good. This was great, I’ve got to remember to do this next time.”  So, make a note when you make a tweak or a change right then and there because I promise, my friend, you will forget it later.

Evaluate everything around when you’re putting in your garden and you’re putting in orchards, berry plant, anything like that. Take into account as the seasons change, if that’s going to impact where you have chosen.  Pay attention to shade on trees that aren’t leafed out yet, buildings (because in the summer months the sun shifts). Make sure that as it shifts, there’s not going to be anything else that’s blocking that sunlight.

For example:  When we first put in our trees for our orchard, we planted them in late winter, early spring before all of the maples had leafed out on our property. Then, when all of the maples finally leafed out and summertime hit, which was when our orchard or your fruit trees or bushes need full sun, they were blocked by shade.  They didn’t do good, and the following year, we had to move them.  This set us back a whole year because we had to interrupt the roots and their growth system which gets stunted when you have to transplant them.

Sometimes I get so excited to do something that I just jump in with both feet and I do it without doing proper research. Now, there’s a flip side to this. You can research something to death, but if you never do it, it’s not doing you any good. There’s a fine line between having proper research or a proper understanding of something, and doing it.  And then there’s also where you just learn and you learn, and you learn about it, but then you actually never do it. Starting a homestead is important, don’t get stuck in the research phase, but make sure you have a good basic grasp before beginning something new on your homestead.

Using the example above, with the orchard, if I had spent a little bit more time on the research end and making sure I had put them in an area where they were getting enough sunlight and really understanding cross pollinating and how that works, I would have saved myself a lot of angst.  If I had just had that knowledge upfront instead of just diving in and buying trees.

With social media these days it’s easy.  We look at what other people are doing or what their homestead looks like or what they’re producing and what they’re harvesting. And we can feel inferior or that we’re not doing enough.  While I think it’s a good thing to be surrounded by other people who can help us and inspire us,

I think it’s really important that we do not compare where we’re at now with where someone else is at.

We all come from different starting points. I’ve been very blessed, I’m a fifth generation homesteader. I feel like, I can’t say I came out of the womb knowing it, but it was something that was just natural and a part of my childhood.  For other people, they’re coming into this in adulthood and at different places of their adulthood.

Look at where you were at before. A year is a good measurement because most of us can look back a year and say, “I was doing this last year, and now I’m here.” You can go back further, look five years ago and look how far you’ve come. But only do it with how far you’ve come, not where other people are at.

I want to thank you for letting me be a part of your homesteading journey. I look forward to being back here with you next week. And I also would love to know what you would like to hear more about on the podcast. If there are some areas that you’re struggling or you’re just curious about things, maybe you’re curious about the way we do different things on the homestead, I would love to know it. Shoot me an email, put it in the reviews or comment. I read all of those, and I can see it there. Or hit me up on social media and say, “Hey, I’ve got a podcast idea,” I would love to hear them. Thank you guys so much, and until we meet again next week.

There you have it, our biggest homestead mistakes and how you can avoid them on your homestead

How to Plan Your Homestead Year with Budget & Time Restrictions

Biggest Garden Planning Mistakes & How to Avoid Them

Off Grid Living: What You Need to Know